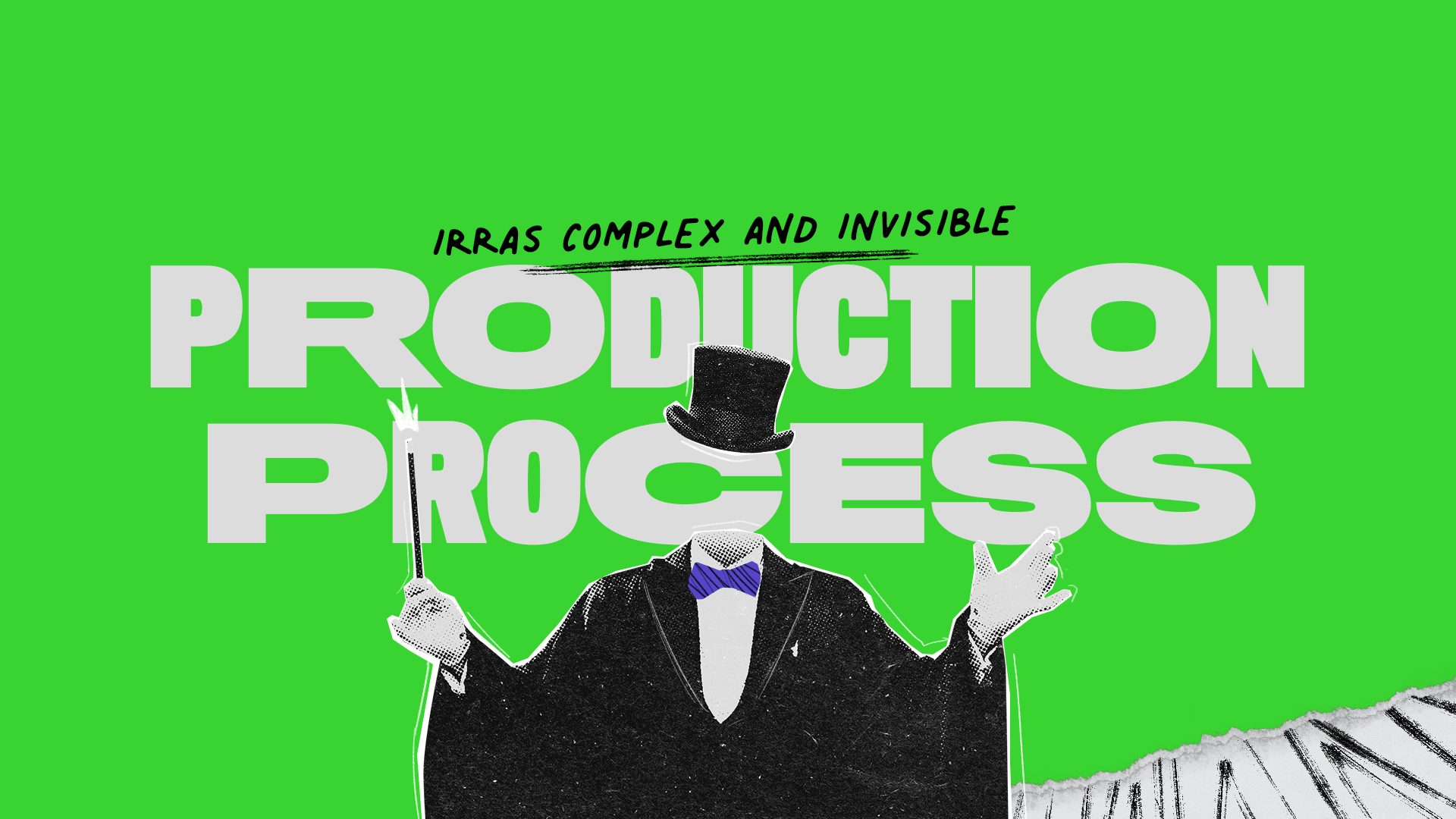 Published by Sarah Ribeiro in August 17 2022

When someone sees the final result, it is hard to imagine the whole process that this product or service went through. That happens with practically everything. From a milk box (that some children don't even know that it came from cows), to years of study and training behind someone’s efficiency, to our most loved videos.

Yes, to get to an IRRAwesome video it takes a whole and “invisible” production process involving, at least, six multidisciplinary professionals. With different points of views, but focused on the same goal, our team seeks the best script, image and audio solutions for each project.

Our priority is a high quality delivery, that's why we developed an intern culture of continuous improvement, in which every team member seeks their self improvement in their expertise. Here we don’t do things “any which way” or recycle materials.

We understand that each video is unique, that’s why everything is made in an exclusive way, from scratch, for our client. Each team member works with their expertise so that the delivery becomes an IRRAwesome video, that brings results and overcome the clients expectations.

Get to know now a little about the main production process of IRRA Studio.

Read too: After all, whats does IRRA do?

This is the first step, and one of the most important. Our service team will deeply get, alongside the client, which needs, goals and guidelines the video has to have. The Briefing will guide the other steps. That’s why it is essential that the client dedicates himself in this step, to have clairy of what they desire, and give the most information possible. Here we don’t need “I tought so”, it is important to know in detail the goal and the results expectation at the project production, understand the target audience, afterall it isn’t a “requester” production, right?

Done with the Briefing, now it’s time to create the Script. This when all the ideas are brought up to life and it is divided into two phases.

The screenwriter will transform into text the ideas and guidelines brought from the Briefing. Here it is described everything that will be narrated and the letterings (when necessary), texts that will appear on the screen.

In this step, our creation team starts to describe how the textual script will be brought up to life into images and movement. We split in a spreadsheet each line of the text that it will be represented by an image and we described it, planning the visual narrative and its continuity from one scene to another.

All done with the Scripts, now it’s time for our designers to dive in visual references and work hard. This is when the visual identity is made, according to the briefing it is chosen the visual language, we made the design, we diagram and if necessary we draw characters, environments, objects and elements that illustrate the narrative described in the script. That’s when it’s where our video starts to gain more defined shapes.

While our design team is working, another super important step happens: the voiceover record and the soundtrack research for the video.

We always look for the best voiceover to your video and we guide the record to the voiceover professional. On the other hand, the soundtrack is the responsibility of the sound designer, who will seek for the ideal track for your video.

With the two previous steps done, it’s time to join the static images, the voiceover and the soundtrack together in the process we call Animatic.

The elements aren’t animated yet, but you can see a preview and analyze the scene times and make some final adjustments, before we add the movement.

Just after the client approves the other steps, it’s when the motion designers start to work. They will give movement to the characters and elements of the video. It is a minute work that brings each scene to life. Taking into account many factors and techniques that will help the movement show the content alongside the voiceover, the reading time of the visual information, where it should or shouldn’t have movement, afterall, our eyes are attracted by movement, not everything has to be animated at the same time, sequence is a essential principle.

Read too: What are Motion Graphics?

Motion done, it’s time to review everything, make the final adjustments and render the whole material. According to the Briefing the video is finished in the planned format and resolution. In this step we unite the visual part and the sound one into one file.

Now your IRRAwesome video is ready to take all over the world.

Our production process was developed after years of video making experience in Motion Graphics and it is made in a minute way with the specialized point of view of each team member.

If you want to get out of the box and create an IRRAwesome project, with high quality and have amazing videos that bring results to your business, let’s chat now.

Come to the IRRAwesome side of the force! 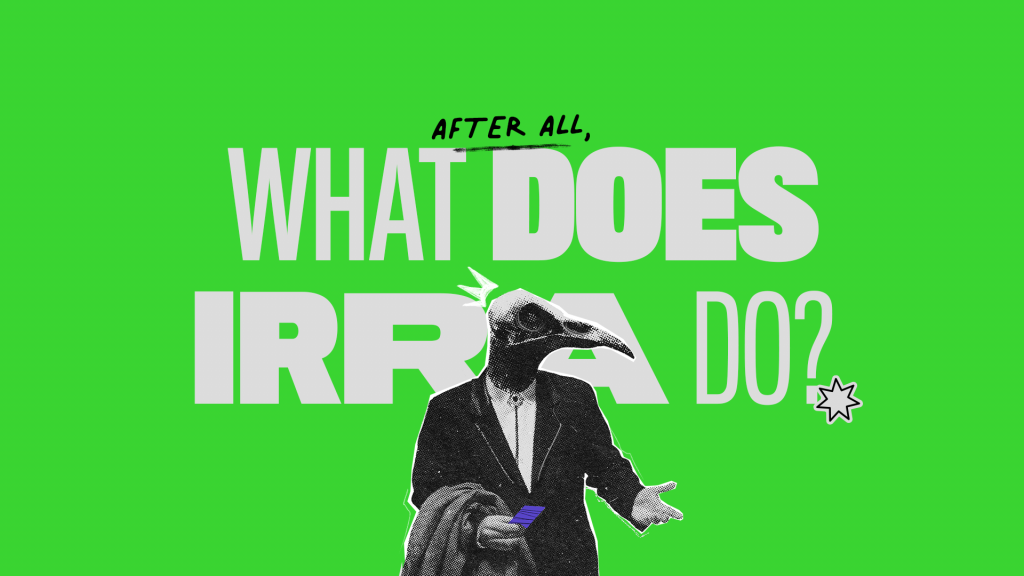 After all, what does IRRA do? 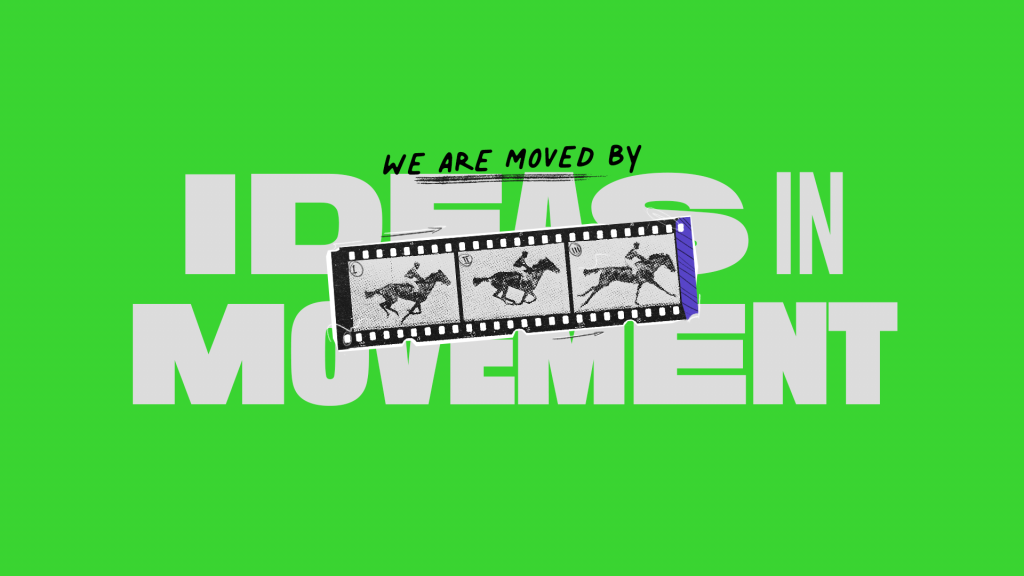 We are moved by ideas in movement 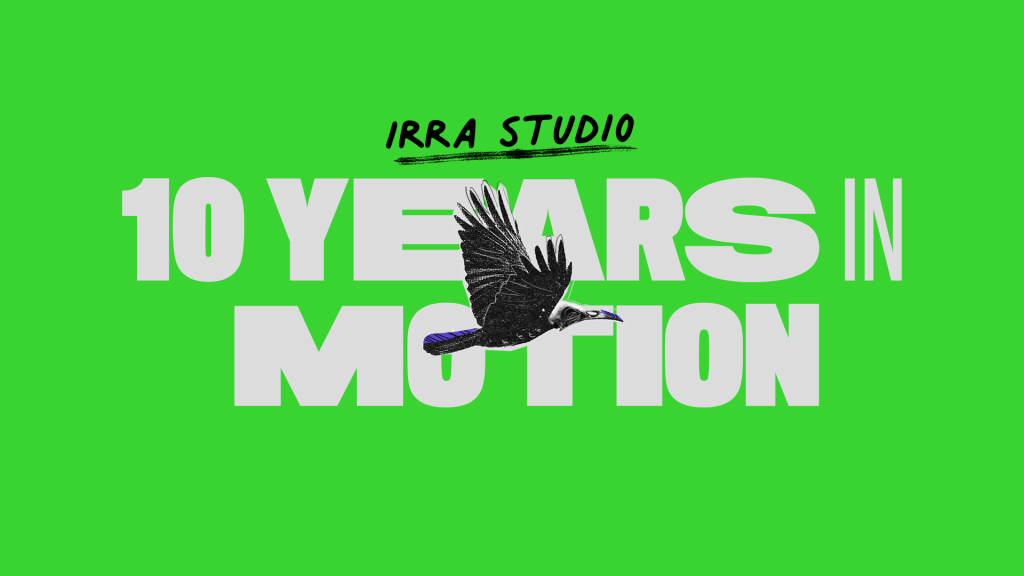 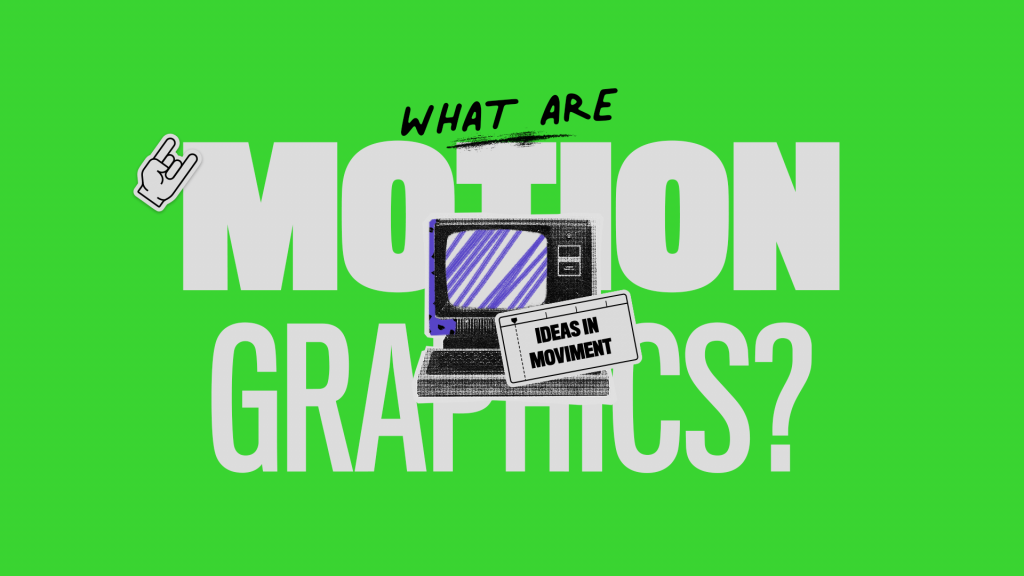 What are Motion Graphics? 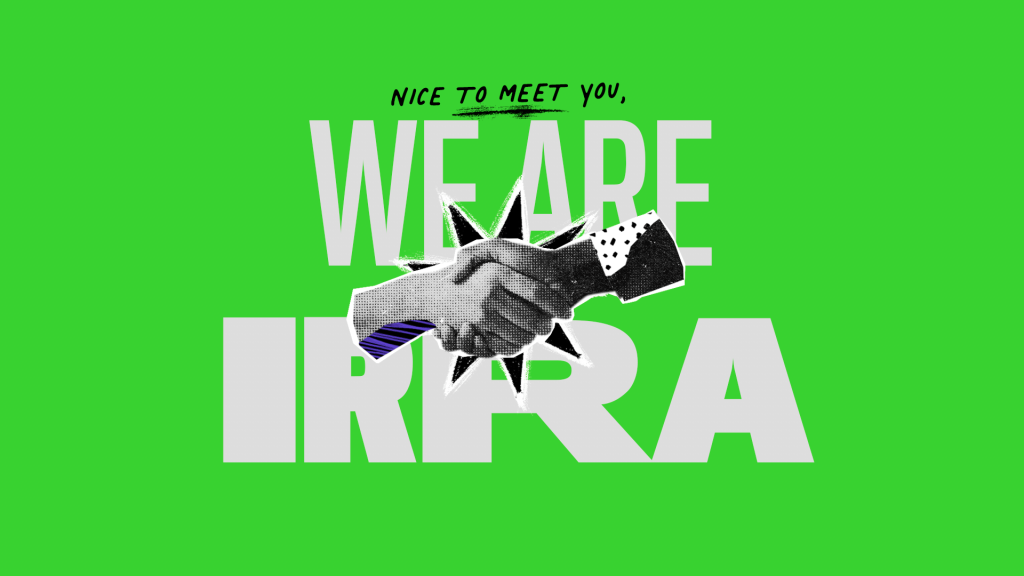 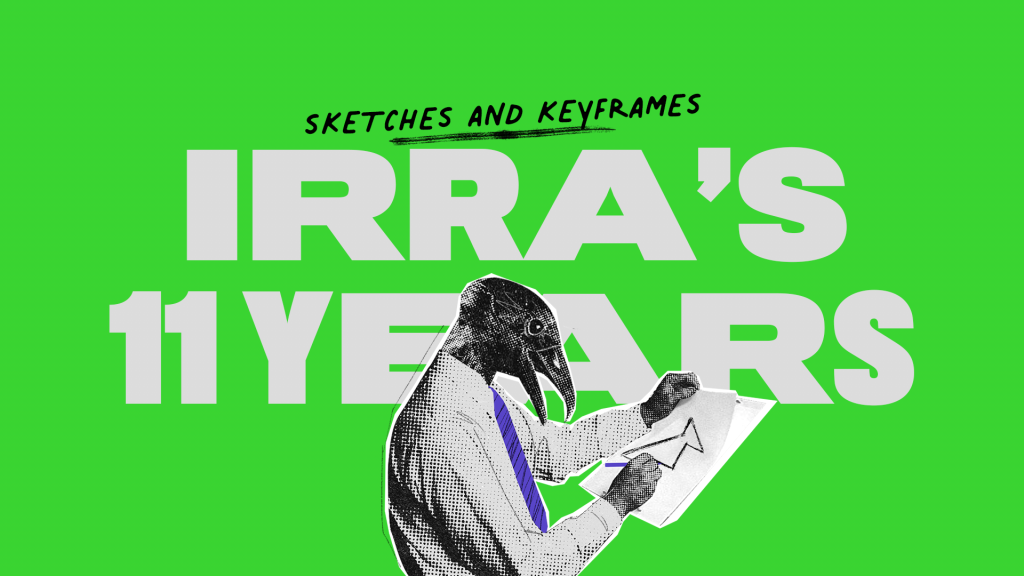 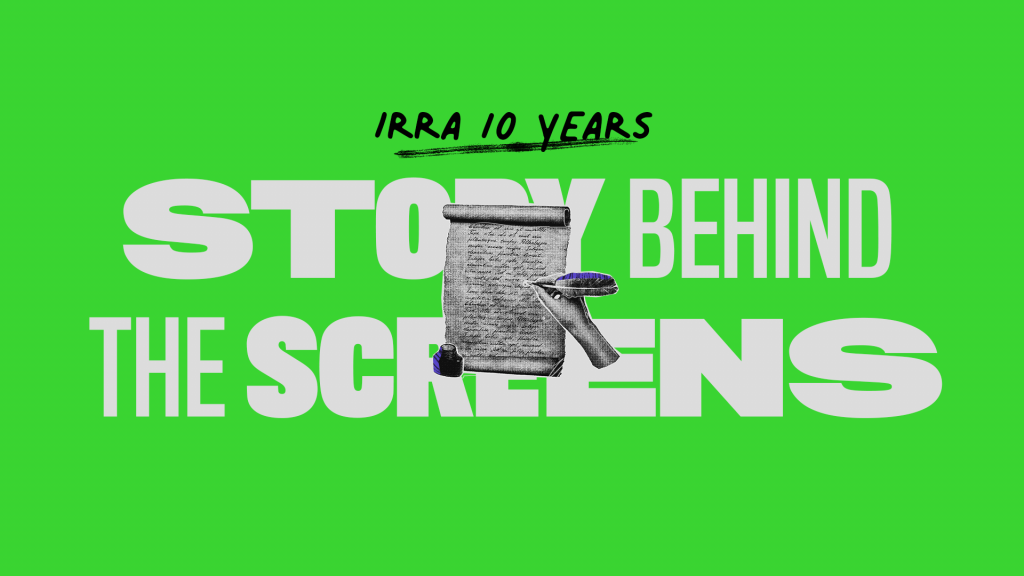 IRRA 10 years: know the story behind the screen 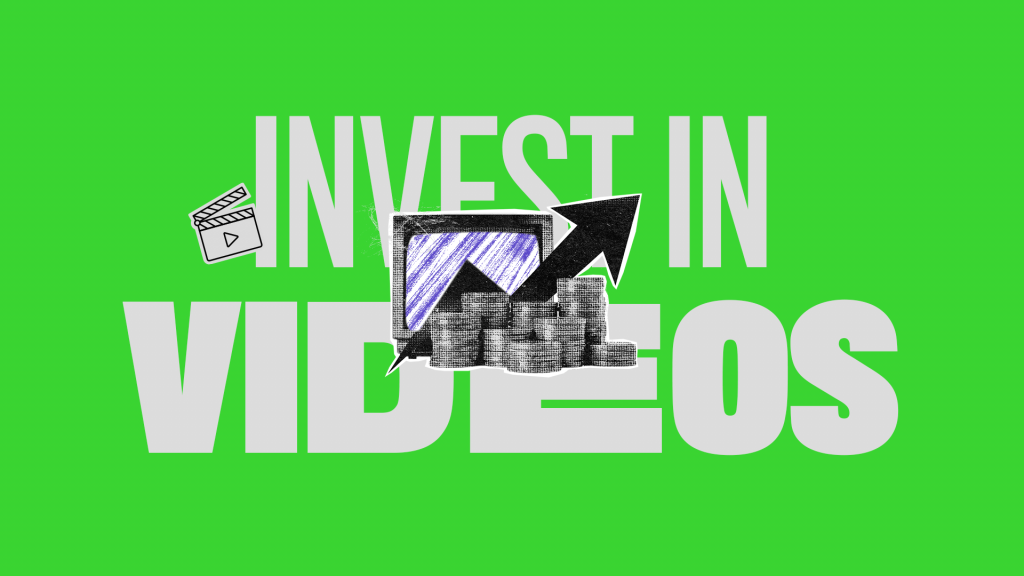 5 reasons to invest in video marketing